Lessons in the Temple of Heaven Park 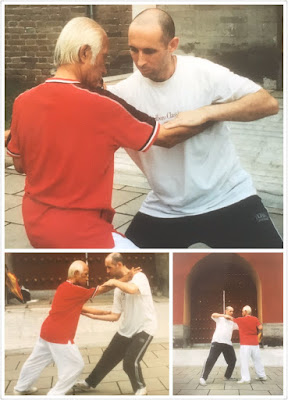 Just been going through some old notes, as I like to do now and then, and came across my reflections on some days training with Zhang Baosheng in Beijing’s Temple of Heaven Park in the 1990s. Zhang was in his seventies at the time and had learned from the renowned Wu style master Wang Peisheng. We met by chance during a few days in the capital getting over jetlag en route to Chenjiagou. Below are some of his words of advice…

• It can be helpful to practice zhan zhuang against a tree or wall with your back very slightly away from the wall; In the same way you can practice xu bu (empty stance) – as in zhan Zhuang, but with one foot forward and insubstantial; or gong bu (bow stance) by facing a tree with the front knee, toe and nose to the tree representing the final position you can extend to - this slanted position being a feature on Wu Taijiquan. 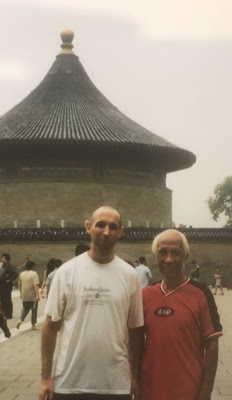 On the importance of preserving energy - It is important to preserve pre-natal qi as the qi produced in later life is not so effective. To do this:

• Never finish practice panting and out of breath.

• If becoming agitated during practice, then stop and steady oneself.

• It is important in nei gong (internal strength) training that qi does not become excited and rise. The basic exercises mentioned above are helpful in this.

On intention and maintaining a “secondary energy”:

• The mind clearly distinguishes between yin and yang or solid and insubstantial.

• Do not concentrate totally on a particular response. Instead, always have an alternative or secondary alternative ready should your first response be inadequate.

• Apply the idea of root, trunk and branches to the upper and lower body. In terms of the arm, the shoulder is the root, elbow is the trunk, and the wrist/hand is the branch. In action, if you are pushing in with your hand and the opponent responds to this, then give him the hand (i.e., soften it) and push in with the elbow. 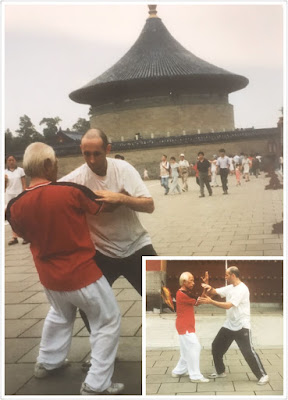 • When performing a movement there should always be two energies present: one acts as a dummy or ruse and therefore, the opponent must be aware of it; the other performs the true attack and is disguised. So, while the opponent is aware of the “dummy” hand, intent must be with the other “attacking” hand.

• When practicing push hands emphasis should be upon sensitivity. Connecting very softly and letting your partner reveal their weaknesses like water level settling after it has been disturbed. In Zhang’s words, “Pushing an opponent should be like pushing a boat with the tide, rather than against it.”

• The elbows should not be allowed to lift, and the shoulder mustn’t lift in response to an opponent’s pressure.

• You must relax while doing the form, but at the same time be full of intent. Visualisation is as if you were swimming across a river to attack an enemy on the opposite bank. Though your intention is serious, you do your utmost to make no noise or ripples in the water.

• During form training every movement must be carried out with attention and precision. To help with this you can visualise that your extended hand is holding a precious vase. 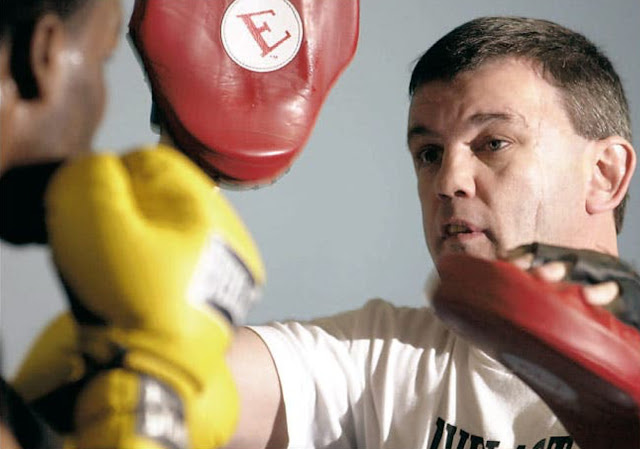