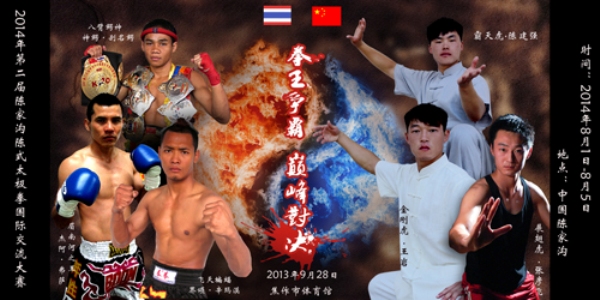 Taijiquan v Thai Boxing! On September 28 in Jiaozuo, Henan, China, 5 instructors of Chenjiagou Taijiquan Xue Xiao will be fighting 5 Thai Boxing champions from Thailand. Chen Taijiquan has a proud record as one of China's most traditional fighting arts. We all know that it is a great form of exercise beneficial for everyone regardless of age and level of fitness... but somehow the martial aspect has been downplayed in the West (and to a lesser extent in China itself) to the point that, as one of my students put it, people think it is nothing more than "yoga done standing up". This is in danger of becoming a self fulfilling cycle as more and more people think that Taijiquan is the least challenging form of exercise, only fit for geriatric people. I read a book review the other day of someone who mentioned that his mother, who was in her 70s, had taken a Taiji class. She told him she wouldn't be going back as it was not challenging enough. In her words - "the walk to and from the class was more exercise than the class itself"!

I am 100% in favour of an inclusive approach to Taijiquan. Yes it can be done for health, Yes it can be done for personal cultivation, and Yes it is a powerful and dynamic martial art! The best way to show this is for elite practitioners to show this aspect to the world. This event is being billed as a "Champions Showdown" and a cursory look at the fighting records of the competitors shows that it promises to be great night's action and a stiff test for the lads from Chenjiagou. (the Thai fighters names are not included as it was difficult to decipher them from the Chinese text). 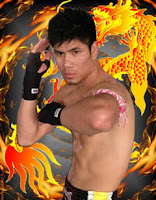 Fighting at 75Kgs, Chen Jianqiang is the current over 80Kgs China national Push Hands champion. A hugely experienced Taiji competitor and winner of many push hands titles including - 2008, Henan province open-weight champion, 2009 Hunan province Championships 80kg champion and consecutive wins at the 2011 & 2013 Jiaozuo International Taijiquan Push Hands competition. His opponent was runner up at the 2011 Thailand Bangkok tourney and was the 2012 Thailand WBC Muay Thai Tournament Champion. His fight record is an impressive 79 fights with 63 wins, 6 losses and 10 draws.

Wang Jin Hu from the Chenjiagou school was runner up in this years China national push hands tournament and was a gold medallist at the 2012 Chen Village international tournament in the traditional handform, long pole and push hands divisions. His opponent is a seasoned and successful fighter boasting a professional Thai boxing record of 125 fights, with 114 wins, 8 losses and 3 draws. He was the 2010 Thailand Bangkok Prince's Cup Tournament champion. He was also competed under MMA rules winning the 2011 Beijing 3MMA championships and competing in the 2012 Xian MMA championships.

At 60kg Wang Yan was the 2008 Henan province push hands champion; the 2009 Hunan province championships winner at 65kg; and won consecutive push hands titles at the 2011 and 2013 Jiazuo International tournament. His opponent was runner up in the 2010 Thailand Bangkok "King's Cup; winner of the 2011 Zhanjiang Sino-Thai tournament and the 2012 Thailand Bangkok "Prince's Cup". He has a professional Muay Thai record of 58 fights, with 48 wins, 7 losses and 3 draws. 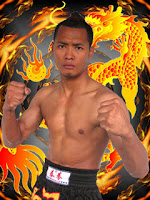 Also at 60kg, Chenjiagou's Zhang Yanfei was runner up  at the 2007 Jiaozuo International Taijiquan Conference and winner at the same competition 4 years later in 2011. This bout is made at 65kg. His opponent has a fight record of  57 fights, winning 40, losing 14 and drawing 3 times. His championship wins include: 2009 Thailand Chiang Mai International Thai Champ; 2010 Thailand free Style Tournament; 2011 Jiangsu Bruce Lee Jeet Kune Do World Cup Championship; and the 2012 Inner Mongolia Championship. 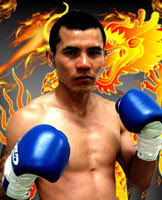 I've been to the Chenjiagou Taijiquan School many times over the last decade and have watched these guys growing from kids to formidable Taijiquan practitioners. It's great to see them stepping up to the plate to take this challenge, not just for Chen Taijiquan, but for Chinese martial arts as a whole. Just like to say good luck guys!!!!