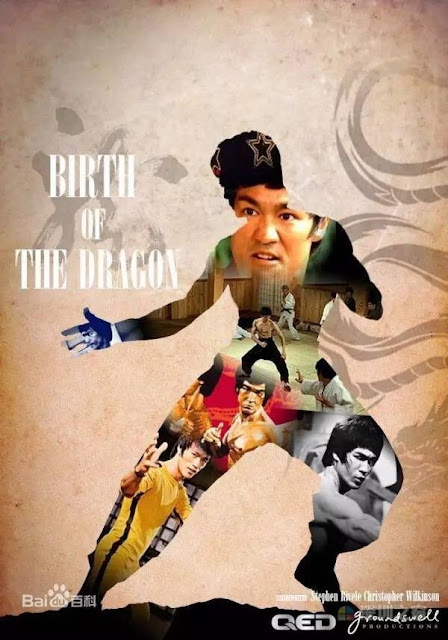 Shooting officially began on the new Bruce Lee biopic "Birth of the Dragon" on the 11th April in Chenjiagou. The film tells a fictional story of Lee's life before he became an international movie  star, culminating in his well-documented challenge against Kung Fu master Wong Jack Man in San Francisco in 1965.

As reported in an earlier post, the film is being directed by George Nolfi, whose past successes include The Bourne Ultimatum and  The Adjustment Bureau. It tells the story of how Lee was deeply influenced by Taiji culture and received instruction in Taijiquan enabling him to bring his martial arts understanding to a high point. In the movie Wang Xian plays the part of Bruce Lee's Taijiquan master - in reality he learned the art from his father in Hong Kong.

Before shooting began, a number of trips were made to scout out the best locations for the early part of Lee's story - eventually deciding upon locations in Jiaozuo, Wenxian and in the scenic area of Yuntaishan. The cast was finalised, Hong Kong born American actor and martial artist and action choreographer Philip Ng Wanlung playing Bruce Lee; Xia Yu plays Wong Jack Man and, as mentioned previously Wang Xian takes the role of Lee's Taijiquan master - with students from his school acting as extras in the movie.
﻿
﻿

Taijiquan - getting beyond the obvious...

A few days ago I watched a documentary about a young English guy's experience training karate in Okinawa and saw a number of parallels with the hurdles facing western students of Taijiquan. The student in the film was in his early thirties - fit, strong and obviously committed, with a love for the art he was practising. In spite of this, his exasperated teacher berated him for not "trying" hard enough. The teacher wasn't questioning the sweat and effort of his foreign student, but his lack of progress in understanding more than the face appearance of techniques he had trained for several years. One of the things he was struggling with was the basic block or "uke".

Having trained karate for a decade from my mid teens, much of the time with Japanese instructors, I trained the same technique thousands of times confident that I understood it. All these years later it was telling to see the Okinawan instructor explaining to the camera that Japanese was a subtle and highly nuanced language. While the word uke literally means to block, it also hints at the qualities of receiving or accepting. He wanted his student to face his opponent and advance unhesitatingly, but at the same time to merge with the attack rather than just try to overpower the other person.
Taijiquan asks its exponents to "welcome" an attack. Not to simply learn rote applications, but to train the ability to "listen" to, connect with and redirect an opponent's movements. In real time, dealing with an attack, the speed and suddenness of an accomplished practitioner's finishing movement makes almost invisible the preceding connecting and neutralising phase.
I remember Chen Xiaoxing telling a student not to underestimate the importance of hard physical training but also to try to understand the multiple layers contained within a technique. Taijiquan is built upon a complex philosophy and methodology that is often misinterpreted and misunderstood.  Chinese Whispers, a Facebook page posting ""Whispers" from the Taijiquan/Internal Arts community in China. Interpretations. Reflections. Observations. Commentaries...", asked the question what is the most difficult aspect of Taijiquan? The article answered with the following passage: "The best answer is in Lao Zi's Daodejing Chapter 41  - that explains that "contradiction is the dynamic expression of the law of nature". Taijiquan is a typical example of contradictory dialectics: its fundamental principles exist in contradictions and paradoxes and if they are not viewed as a dialectical unity - if you insist that a circle is a circle, a straight line is a straight line, that what are opposites can never be reconciled or that they cannot complement each other - then the theory of Taijiquan will not become clear".
at April 05, 2016 No comments: