The "Secret" of the Fingers in Taijiquan

The often-heard Taijiquan saying “when one part moves, all parts move” is really a simplified code for the fact that every part of the body is connected and affects each other. At a gross level this is manifested through the coordination of the upper and lower body, the left and right sides etc so that in the end we have a type of whole-body synchronised movement. In the Taijiquan classics this is reflected in the saying: “The motion is rooted in the feet, released through the legs, controlled by the waist and manifested through the fingers.” Look a little deeper and we can see relationships throughout the body that can help a practitioner to move towards a completely integrated and co-ordinated kind of movement.

For example, most Taijiquan students are aware of the basic rules for the hands: middle finger extended, hukou (area between the index finger and thumb) opened, laogong (centre of the palm) relaxed and so on… Beyond this however they are often unaware that each digit has its own role and function to play within any action: “Everybody knows that the five fingers [four fingers and one thumb] together make the palm, but they don’t understand the secret within the palm.”

What are the secrets?  Let’s take a look at the role and function of each of the digits in turn:

Thumb: The thumb helps to control an individual’s balance throughout any movement. To facilitate this, during practice the hukou must always be slightly open. Try stepping with the thumb tightly clamped to your index finger and you can immediately see that your movements are awkward and unbalanced.  Opening the hukou also allows the area beneath the armpit to remain open and the arms to turn freely. The, at first sight, seemingly humorous Chenjiagou saying to “always keep an egg under your armpit” reflects the importance of not allowing the upper arms to become stuck to the side of the body.

Index finger: Do not use any strength in the index finger. It should be fangsong (let loose) and gently follow the path of a movement. If the index finger is not song (loose), then the whole palm cannot be song. This will have a knock-on effect throughout the body so that if the hand is not song, then the wrist cannot be song and flexible. This is reflected in another Taijiquan saying cautioning: “if the hand is stiff, the whole body will be stiff.” At the level of the whole body this negatively affects the ability to fulfil Taijiquan’s fundamental requirement of song jian chen zhou (loosening the shoulders and sink the elbows).

Middle finger: The middle finger is said to control the direction. If yi (intention) follows the direction of the middle finger, then your intention  can reach far. Chen Taijiquan theorist Chen Xin instructed that every movement must culminate in a clear focal point combining the “hands, the eyes and the heart” and that “the eyes must look beyond the middle finger.” Throughout training a practitioner must simultaneously attend to the body’s position, energetic state etc while maintaining an acute awareness of the outside environment (forward, behind, above, below and the sides). There is a saying that the “yi travels forward with no end”. How far the yi can travel depends upon the gong (internalised skill) of a person.

Ring Finger: The ring finger is referred to as wu ming zhi or the “nameless finger” and is said to be the clumsiest of the five digits. It is responsible for any upward and forward movements of the palm. Therefore, all movements that involve forward or upward movement should be led by the ring finger. It is important then that when performing this type of movement jin (focused strength) should be concentrated in this finger rather than the whole palm. Failing to put jin in this finger when you are lifting up will result in all the other fingers being listless. During tuishou (push hands), your technique is less likely to be weak if you can maintain jin in this finger.

Little Finger: The little finger should always be kept song regardless of what action is being performed. In addition, before any movement that involves backward and downward motion you should first loosen the little finger – then relax shoulder, sink elbow. These are important preparatory elements that help lead you into other actions in an efficient way. 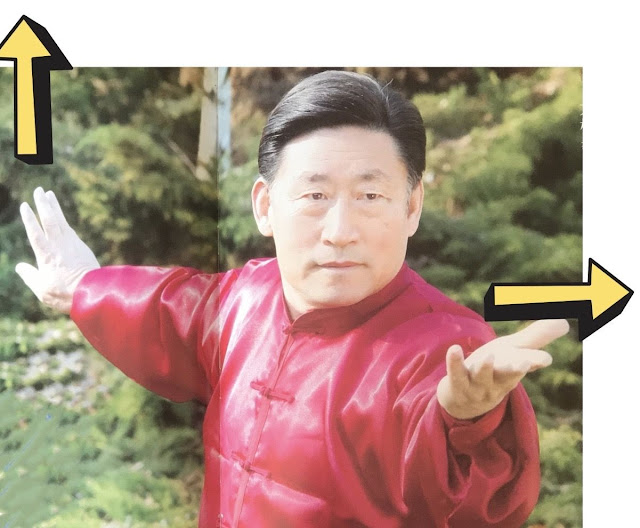