When you drink the water, remember the person who dug the well! 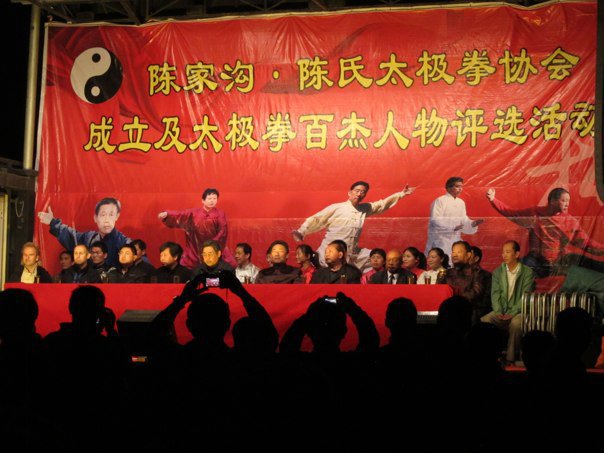 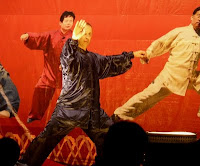 My Shaolin gongfu teacher in the early 1990s always emphasised the importance of having a sense of history - of understanding your place as a link in a chain joining past and future generations. The first time I visited Chenjiagou was in 1997, we were shown around all the significant sites: the graves of Chen Fake, Chen Zhaopi, Chen Zhaokui etc... caught up in the reverance offered to these past luminaries, but with no idea of their real significance; walking through the ditch after which the village was named and seeing just a ditch. After many visits to Chenjiagou in the years since, the stories of the exploits of the people from this unique place have become comfortably familiar. Two weeks ago I was on a stage set up in the main street of Chenjiagou performing Taijiquan in front of what seemed like the whole village (in the picture above before the demo: Jan Silberstorff, David Gaffney, dignitary, Chen Yu, Chen Xiaoxing, Chen Xiaowang, Xingyiquan Master Shi Zhaowen, and 2 other officials). Now a part of the community that once seemed so alien.    Demonstrating at the birthplace of Taijiquan!
at April 17, 2011 1 comment: