There’s a saying in Taijiquan circles that one should “always go forwards.” But, and this is an important but, this is not a call to plant your feet and go toe-to-toe! In any serious physical confrontation, the mental battle between opponents can far outweigh the physical side.

Even within the more  controlled sporting arena, modern sports science recognises the pivotal importance of mental strength and resilience if any athlete is to have a successful career. And, whilst it’s easy to wheel out terms like mental toughness and focus actually bringing these qualities out when they are needed comes down to “mind management.” At the heart of this is recognition of the fact that, in the heat of battle, to be passive is to greatly reduce the chances of success.

In his General Explanations of Taiji Boxing Fundamentals, published in 1930 Chen Zhaopi, pointed to the need to always be in an active state mentally when faced with an opponent: “When it is time to advance, I advance, overwhelming his strength by valiantly charging straight in. When it is time to retreat, I retreat, luring his energy in so that he over commits and falls forward… When it is appropriate to advance, I must not retreat and thereby make myself timid. When it is appropriate to retreat, I should retreat, and yet with a readiness to advance. Therefore, advancing is a matter of advancing whole-heartedly, and retreating is also actually a matter of advancing.”

Applied sports psychologist Robert J, Schinke wrote a fascinating article on his coaching journey with the elite amateur fighters of the Canadian National Boxing Team. His account opened with the story of a Canadian boxer suffering a loss to a Cuban in the final stages of the 1996 Atlanta Olympics: “Throughout the bout… it was apparent that one boxer controlled the ring from the center (the Cuban). The second athlete (the Canadian) relinquished the ring, moved backwards passively, and was clearly exemplifying defensiveness, fear and concern.”

Even an inexperienced Taijiquan practitioner can understand the advantage of moving forward and taking an opportunity when an opponent leaves an opening. It’s the retreating part of the equation that they often misunderstand. Put simply, “yielding” does not mean running away from force. The Taiji classics tell us “when a fly alights, it sets you in motion.” They don’t say you pull away because the fly lands. Within their retreat a skilled exponent doesn’t just move back or wait for an opponent to make a mistake. They lay traps and force them to make mistakes. Where the casual observer sees only the obvious attacks and attempts to evade them, skilled fighters make use of intricate strategies within the micro-battles of footwork, positioning, diverting, feinting etc.
As always in Taijiquan the goal is to react in accordance to unfolding events. Not entering with a predetermined plan or trying to win with “tricks.” Having the self-confidence and self-control to do this requires the mental flexibility to act in the moment.  Or, as Chen Zhaopi puts it: “It is important that these points not be turned into a restrictive formula. I must first observe an opponent’s strengths and weaknesses, which will give me my strategy. … adjusting according to the situation, for I must not be stubborn about when to use one or the other… adapting as circumstances demand, for I must not hold to a preconceived pattern.”

Just released - decade of Talking Chen Taijiquan posts. Beautifully illustrated and covering aspects including attitude and mindset, technical questions and the role of Taijiquan in the mainstream... 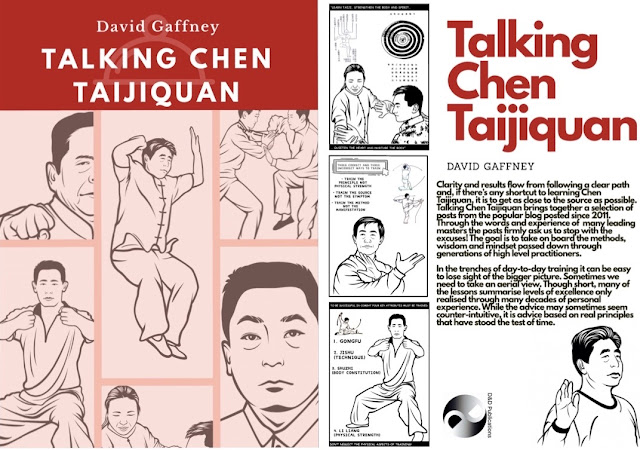 The Importance of Timing and Distance…

In martial arts training the concept of timing and distance incorporates not just the space between opponents, but also the time it takes to... 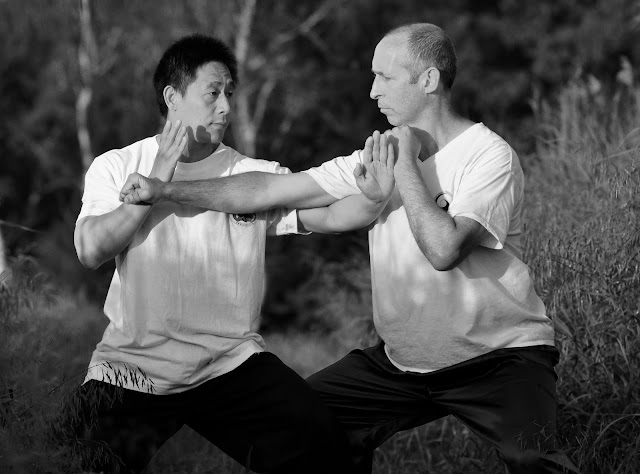