What role did Chen Taijiquan play in a UFC classic?

A couple of days have passed since the South China Morning Post triumphantly reported on the success of Chinese fighter Zhang Weili on the UFC 248 fight show: “Zhang Weili retains title in war for the ages against Joanna Jedrzejczyk.  Chinese champion gets split decision after arguably the greatest fight in history of women’s MMA.” Defending champion Zhang had her hands full with Polish martial artist Jedrzejczyk who Herself won the UFC Women's Strawweight Championship in 2015 at UFC 185 after competing in Muay Thai for 10 years, winning 70 matches and six world championships.

What’s all this got to do with a Chen Taijiquan page? In a separate report on Taiji.net.cn Zhang Weili’s traditional martial arts background is explored, especially her use of Chen Taijiquan to complement and enhance the fighting skills she has honed since childhood. The following passage is taken from the article:


“In the training process, MMA training is not the only thing Zhang Weili does. She also includes the essence of China’s traditional martial arts. According to Zhang, “MMA is very intense and your attack and defence [capabilities] therefore need to be very strong.” ... Zhang Weili had an affinity with martial arts from a very young age. She believes that China’s traditional martial arts have many unique combat methods and many aspects worth learning. That said, you have to use them according to the correct and appropriate rules [of the particular system]. She likes traditional martial arts and actively advocates them especially Chen style Taijiquan.
She met her Chen Taijiquan teacher Jing Jianjun and started learning from him after being convinced by his martial skill: “I discovered that somesome traditional martial arts allow me to calm down, like when I train my Taijiquan - Before my breath was always up in my chest, [over time] slowly slowly the breath is able to go down.” [Zhang Weili explained how she was able to correct certain problematic aspects of her physical structure]. “At the beginning my shoulders were lifted, but after a period of training, slowly I was able to drop them.”


Zhang Weili has a deep interest in the fajin methods of traditional martial arts, but doesn’t involve herself in the recent debate about whether Taijiquan can be used for fighting. Her teacher explained and taught her Chen Taijiquan’s fajin method in accordance to her requirement [as a competitive MMA fighter]. After having her arm lifted in triumph after five torrid rounds Zhang spoke of the importance of martial spirit and mutual dvancement:  “Within the martial arts arena everyone is a warrior and deserves mutual respect. We need to set good examples for the younger generation.” 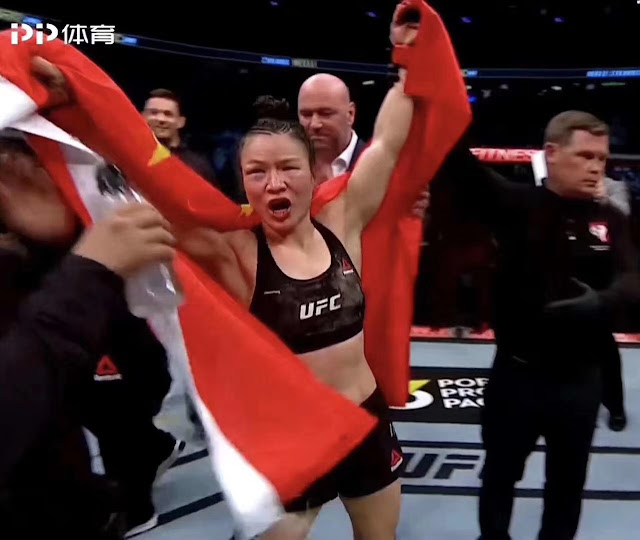 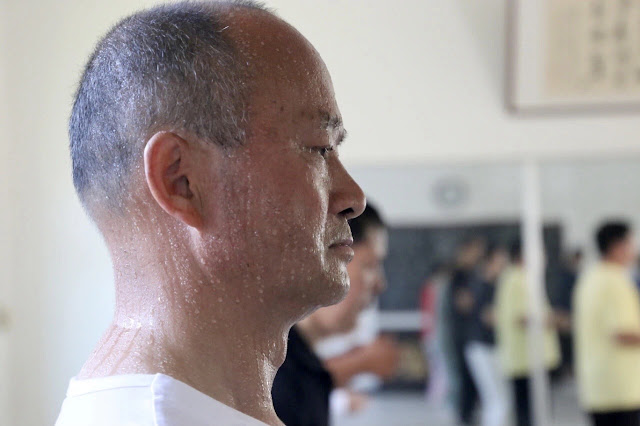