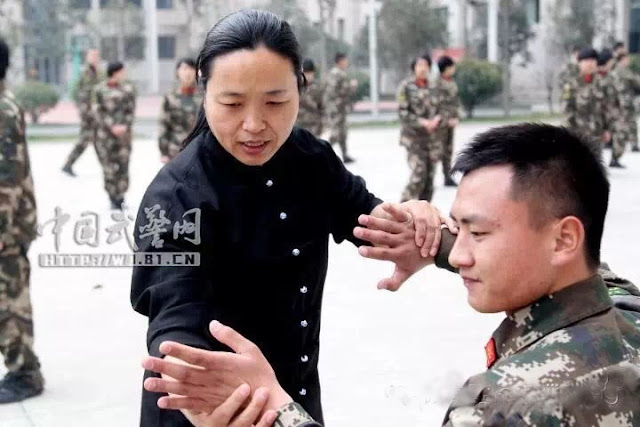 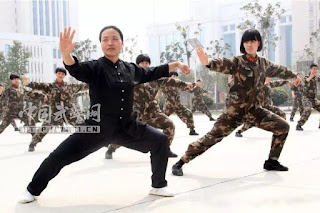 China's official military police website recently highlighted the introduction of Chen Taijiquan into the training programme of its officers. The idea behind its introduction is to transmit traditional culture, improve officers physical constitutions and to enrich their cultural awareness and life style when they are not on operational duty. In the time-honoured Chinese way, the movement is encapsulated in a slogan: "Learn Taiji, strengthen the body and spirit, quieten the heart and nurture the body". 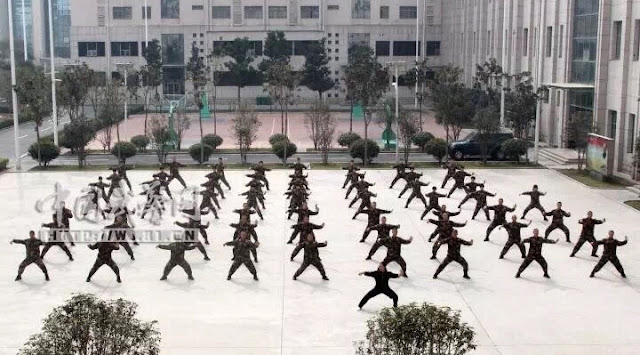 To get the project up and running, Henan province's military police approached Henan's Chen Style Taijiquan Association and invited Zheng Dongxia to teach them Taijiquan. Zheng Dongxia is a disciple of Chenjiagou Taijiquan grandmaster Chen Zhenglei and daughter of Zheng Guorui one of his senior disciples from the early days. I visited Zheng Guorui's school in Wenxian back in 1997 when his daughter was about sixteen years old and already a competent coach, barking commands at the young students under her charge. Fast forward a couple of decades and it is now the military police being put through their paces.