I finally got to see Jon Braeley's interesting film about the Chen Village. 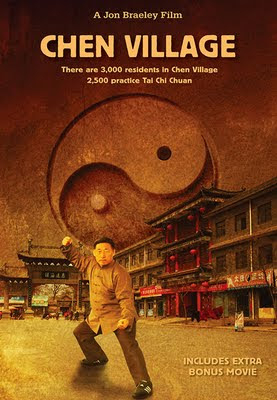 I was struck by two comments on the differences between Chinese and Western students - one I would completely agree with and one I strongly disagree with. First, Chen Xiaowang, who has spent many years teaching in the West, said that Western students pay more attention to technical details within the forms - the exact hand position, how far to turn the body etc. Chinese students, he went on, pay more attention to feeling and sensation. In a recent facebook debate about style differences one guy summed up what many Westerners believe when he declared that "Qi is crap"!

So have all those generations of Chen Village practitioners since Chen Wangting's day been deluding themselves? Bodyguards like Chen Changxing and fighters like Chen Fake. I don't think so! Chen Zhaopi, teacher of Chen Xiaowang, Chen Xiaoxing, Wang Xian, Zhu Tiancai, Chen Zhenglei et al listed ten different classifications of Qi - but then what would he know?

The second comment, which I would take issue with, was made by Chen Bing - after opening his new school in Chenjiagou  he quickly concluded that Western students are not able to and do not want to, train hard like their Chinese counterparts - "in the West people train for health ...or for fashion"! - so as a result, he said, he trains Western students differently then Chinese students. Where has this misconception come from? Look at all the other Asian martial arts practiced in the West - Thai boxing, Judo, Ju Jitsu, Taekwondo etc ... or the modern Western combat sports like boxing and wrestling ... these Western students seem capable of training hard!
at October 10, 2011